Western Sydney Airport | What You Need To Know

If someone in Sydney travelled directly north, they’d go 3,000 kilometres before they reached another country. Going east or west is over three times the distance, and south would take them to an icy wilderness awash with penguins.

Sydney is incredibly remote. But despite this, it’s home to 5.23 million people, with an additional 16 million people visiting the city every year.1 pushing its only airport to its limits.

With so many people coming and going (soon to restart), Sydney’s existing airport has reached capacity, prompting the confirmation of a second airport after decades of debate—Western Sydney Airport. In this article, we’ll explore the essentials for Sydney’s new airport, so that you can get a better idea of its location, open date, flight paths, and more.

Western Sydney Airport will be located in Badgerys Creek, a Sydney suburb roughly 41 kilometres west of the CBD, 13 kilometres south of Penrith, and 20 kilometres north of Campbelltown.

The airport’s site was chosen 34 years ago by the Federal Government but was followed by much dawdling, until eventually being reconfirmed in 2014.

The Badgerys Creek site was chosen for the following reasons:

Construction for Western Sydney Airport began in 2018, and is expected to be completed by 2026, with the airport fully operational.2

Both domestic and international flights will operate out of Western Sydney Airport.

Initial flight paths were confirmed by the government in 2015, but after extensive community backlash, have since been marked as “indicative.” These initial flight paths included flying over Blaxland, Warragamba, Wallacia, Greendale, Silverdale, Luddenham, Glenbrook, Lapstone, Emu Plains, Penrith, St Marys, and Twin Creeks. 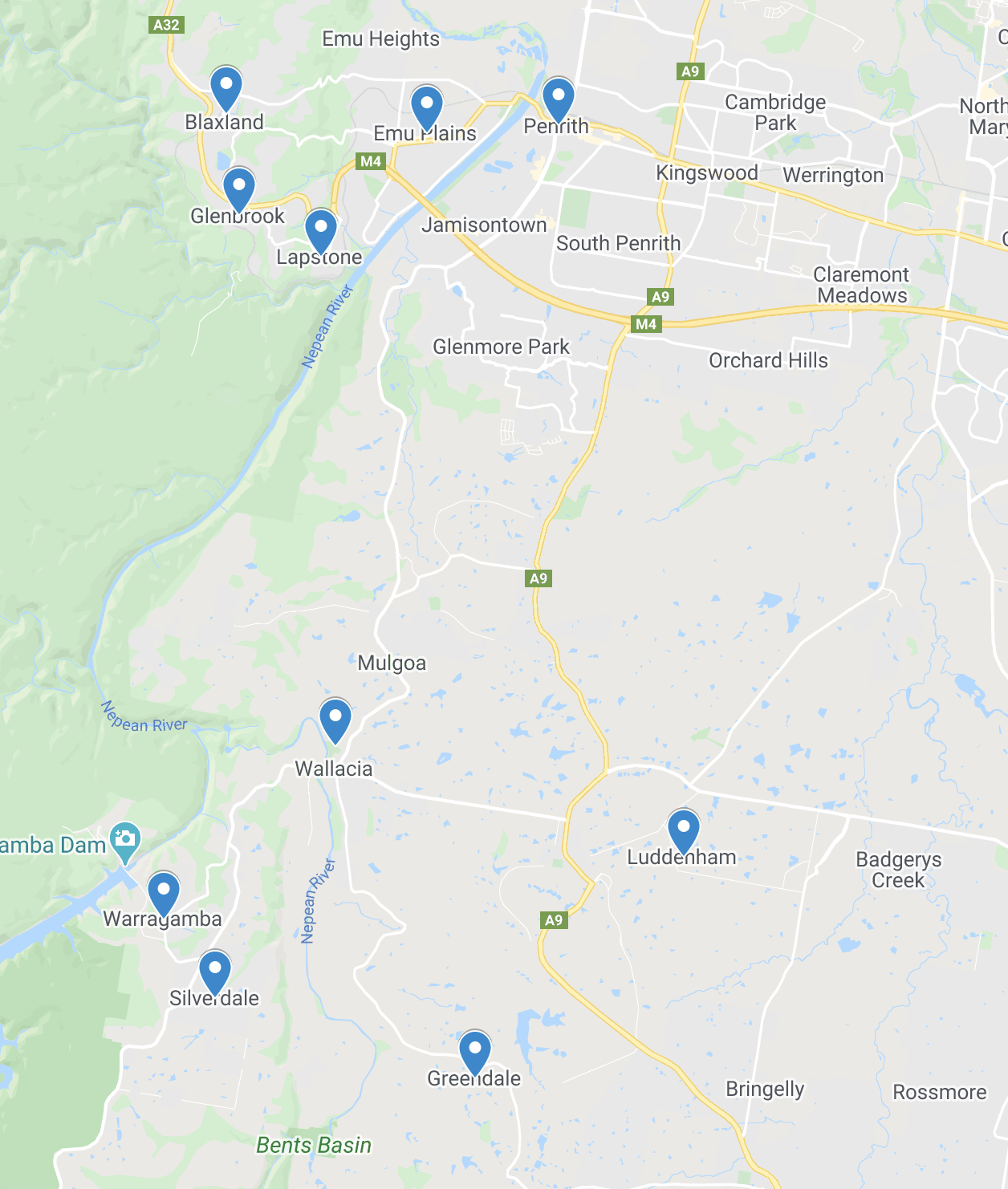 For the airport to be successful, a number of effective transport links are needed. This includes extensive road and rail upgrades, allowing people to quickly access the airport.

$3.6 billion is being spent as part of the Western Sydney Infrastructure Plan, which includes upgrades to the following roads and intersections:

Travel time from the Sydney CBD to the new airport is currently an hour, but it’s unclear how much quicker this will be after the road upgrades. 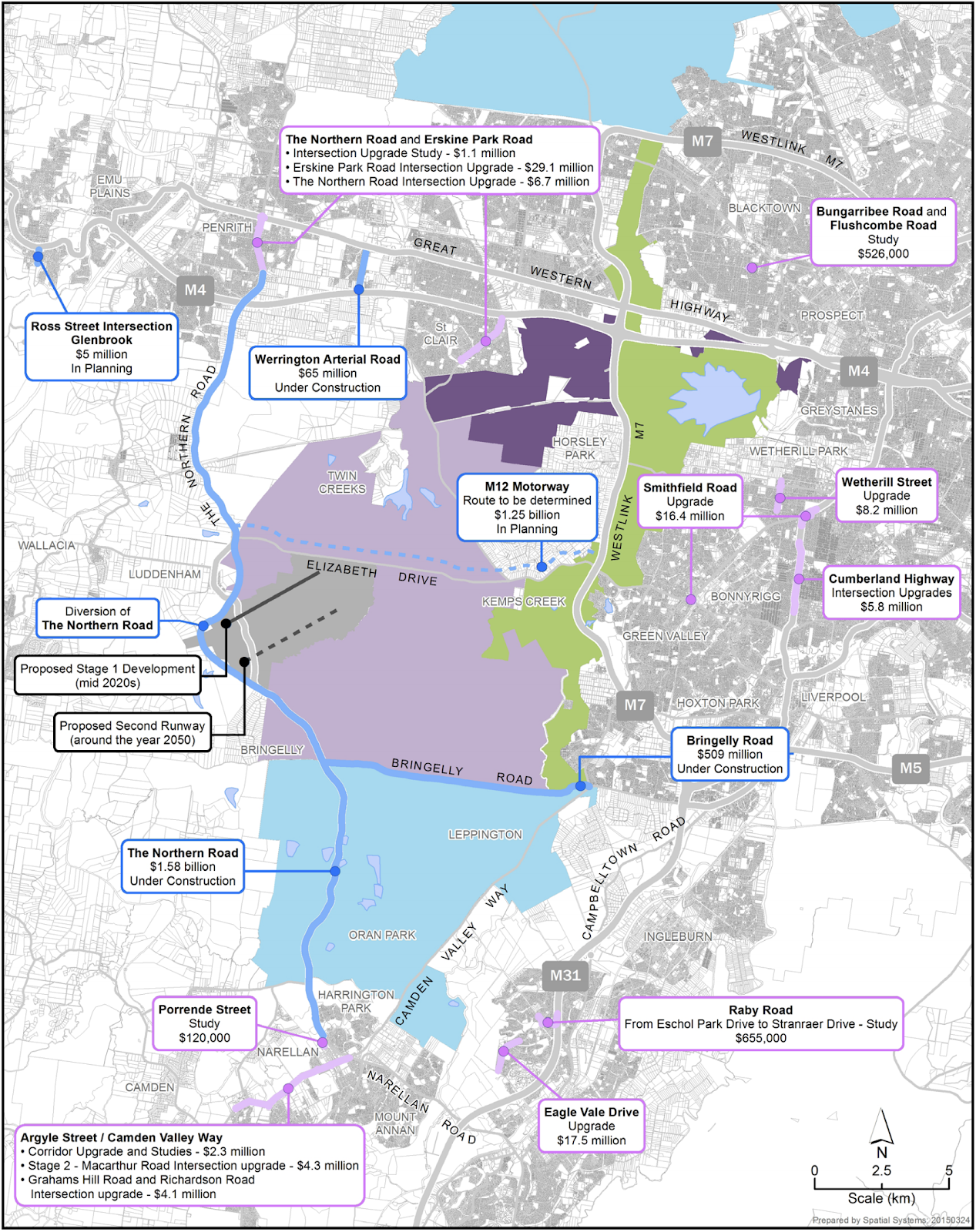 The airport is likely to be serviced by three rail lines:5

Unfortunately, there’s no current plans for a high-speed rail service, so journey time from Sydney’s CBD will be roughly an hour.6

Express bus routes will run to the airport’s precinct from Penrith, Liverpool, and Campbelltown. Other bus routes are yet to be announced by the project’s planners.

Why is it being built?

Sydney’s flight demand is forecasted to double by 2034, to around 76 million passengers. By 2060, that figure is expected to be a whopping 145 million passengers. The city of Sydney simply can’t accommodate that many people with a single airport, which would cost them billions of dollars in lost revenue. Sydney needs a second airport.

How much will it cost?

Initial costs for the airport were estimated at $2.4 billion.

The airport is expected to generate the following jobs and revenue:4