10 Plane Facts That May Surprise You 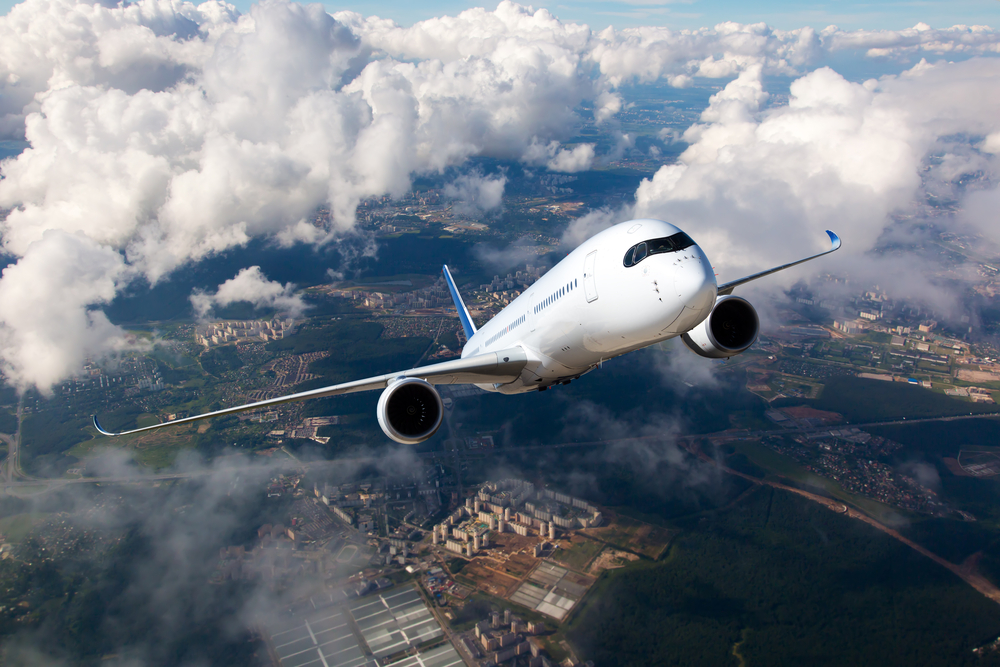 If you had told someone living in the 1800s that one of the world’s favourite forms of travel would be an enormous tube of metal strapped with wings and engines, they would probably have scoffed and asked you to vacate their wagon. But today, there are around 5,000 airlines, 25,000 aircraft, and millions of people wanting to fly every year.

Flying is the quickest way for us to travel, granting us access to cities far and wide. In this article, we’ll share some plane facts that you may find interesting.

The fastest plane in the world covers 3,529 kilometres in an hour

The Lockheed SR-71 “Blackbird” is a reconnaissance military aircraft that can travel six times the speed of sound. It’s so fast that when it detects an incoming missile, its best strategy is to accelerate away from it. In fact, during its 32 years of service, over 1,000 missiles were fired at it. None hit their mark1.

With mid-flight refuelling, the Blackbird could theoretically fly from Perth to Paris in around four hours, and around the entire planet in about 11 hours.

Airplane air is drier than in the Sahara Desert

When waking up from a nap on a long-haul flight, it feels like every morsel of liquid has been stolen from your mouth, leaving you croakier than a barrel of bullfrogs and unable to complain about it. The reason our bodies become so dry on planes is because the relative humidity of the air is under 20%—less moisture than the air found in the Sahara Desert.

English is the lingua franca of flying

If you decide to pack up your job and become a pilot, your English-speaking tongue already gives you an advantage. All commercial pilots and flight controllers are required to speak Aviation English—the official international language of civil aviation. Some consider Aviation English to be a separate language from standard English5, with its own terminology, lingo, and idiosyncrasies, which you’ll need to learn.

Aviation English was created after a number of large accidents were caused by miscommunication. By speaking the same language fluently, pilots and flight controllers can drastically reduce errors, and ensure everyone’s safety.

Rather than being based on how long a plane’s engine lasts, its lifespan is defined by the number of times the cabin is pressurised. Extreme changes in pressure takes a toll on the plane’s fuselage, weakening its metal over time, until it loses the strength needed to fly safely. A Boeing 747 can endure around 35,000 pressurisation cycles and flights, which equates to roughly 150,000 flight hours, and 27 years of service2.

An airplane’s “skin” is designed to withstand much more electricity than you’d find in a lightning bolt. When a plane is struck by lightning, the electricity follows the surface of the plane’s frame and then leaps back into the air through antenna-like devices called static wicks4. In addition to this, the plane’s fuel system is encased to prevent electricity from entering.

Turbulence is created by air moving in different directions, causing an aircraft to shake as it passes through. The reason that air moves at all is because of its pressure and temperature, and as our industries drive up the temperature by releasing carbon dioxide, air pressure is made more extreme, and turbulence increases.

In addition to this, turbulence can’t be detected by an aircraft’s radar. It can suddenly happen in the clearest of conditions.

The largest plane weighs about the same as six blue whales

The heaviest plane in the world is the Antonov AN-225—a Ukrainian cargo aircraft designed for carrying rocket boosters and space orbiters for the Soviet space program. It weighs 285,000kg, roughly the equivalent of six blue whales, and once carried a payload of 189,980kg.

There’s usually around 10,000 planes in the air

Before the COVID pandemic, there were around 10,000 planes in the air at any given time, ferrying hundreds of thousands of people, and covering millions of kilometres. With vaccines on the way, we can expect to return to that number soon, and forget that 2020 ever happened.

A Boeing 767 can carry up to 90,770 litres of fuel, which would fill up around 1,500 cars. But we wouldn’t recommend filling your vehicle up with aviation fuel, as the high heat content would quickly ruin its engine.

Airline pilots are often paid for flight time only

Even though most airline pilots have to commute to out-of-the-way airports and spend time going through security before boarding their plane, most of them are only paid for hours spent flying6.