Why A Private Chauffeur Is Safer Than Taxis & Rideshare During COVID19 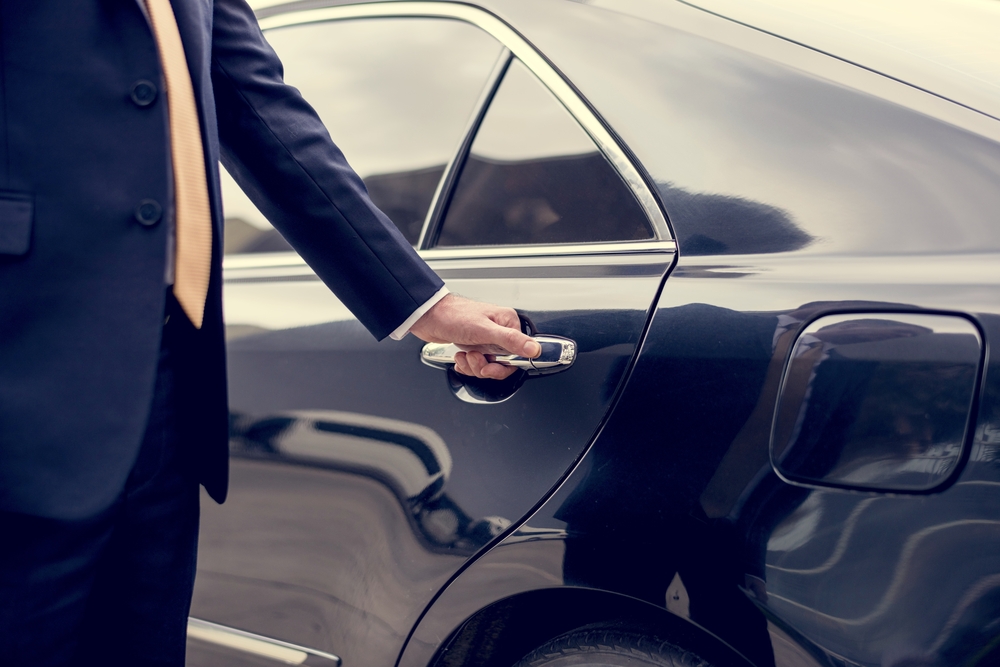 When comparing Australia’s COVID-19 stats to those of other countries, it’s clear we’ve done a fantastic job at containing the virus, with the strong possibility of lockdown measures being lifted earlier than expected. But if the Government does decide to lift lockdown for the sake of our economy, the virus count will be lowered but still present, with risk of infection remaining.

As we return to normality, precautions will need to be taken in all areas of our lives, including how we get from A-to-B. Rideshare taxi services such as Uber, DiDi, and Lyft are often cheap and convenient, but are they the safest way to travel?

In this article, we’ll explain why a private chauffeur service is the safest and most hygienic way to travel, in the wake of the COVID-19 pandemic.

A chauffeur service is a premium way to travel, with stylish, modern cars, courteous and professional drivers, and a vehicle that is regularly cleaned. As a premium service, the chauffeur company can afford to take time out of the driver’s day to thoroughly disinfect the interior of their vehicle, making it virus-free for their next passenger. According to the Financial Times, Uber drivers in Australia earn less than minimum wage¹, so they’re unlikely to have the same diligence for keeping their vehicle clean. When you’re driving a car that transports a lot of people every day, regular disinfecting is critical to prevent the spread of the virus from passenger to passenger, and low-paid rideshare drivers are unlikely to have the time or inclination to do so.

Taxis and rideshare vehicles are like public transport, with passengers constantly hopping in and out. With every new passenger, the risk of the virus being left inside the car is increased. In a taxi or rideshare vehicle, you’re more likely to sit in the still-warm spot of an infected passenger from moments before, who may have unintentionally smeared the virus over the vehicle’s leather seats. A private chauffeur, on the other hand, offers a premium service that is afforded and used by fewer people, which means they’re much less likely to pick up a COVID-infected, spluttering passenger.

Chauffeur companies decide which drivers work every day, so when they suspect a chauffeur is sick, they won’t be allocated any transfers until they are completely recovered. Rideshare companies do not communicate with their drivers about their fitness to work, instead relying on the drivers to make their own judgment, which doesn’t tend to involve the same level of scrutiny. For this reason, the likelihood of being driven by an unwell rideshare driver is much higher than a chauffeur working for a reputable company.

As the country opens up again, it’s critical to remain cautious when out in public, and keep your distance from others when possible. When you use a pre-booked chauffeur service, the vehicle will arrive at the designated time, allowing you to reduce the amount of time hanging around in busy public areas, where the virus may be lurking. Conversely, if you need to be picked up from an eerily secluded spot, a pre-booking will allow you to jump straight into the vehicle without hanging around. As direct representatives of a company with a reputation to keep, a chauffeur is also less likely to cancel on you at the last minute, leaving you in the lurch.

With Uber continuing to post huge losses³, the company must do what it can to cut costs. As a software company, automating processes with technology is a great way to do so, which they’ve done with automatic software checks of drivers’ driving records and criminal history. But while software automation is great for reducing repetitive work, often, it can’t match the scrutiny of a human, who may be better at identifying red flags.

A chauffeur company is unlikely to use software to evaluate an employee’s background, to determine whether they’re dangerous. They’ll likely go through a formal job interview, have full background checks, and become a known face in the company.

While taxis and rideshare services aren’t dangerous, there’s some eye-opening stats to be considered. Last year, Uber reported 3,045 sexual assaults in the U.S. for 2019, and 2,936 for 2018. It also disclosed 10 murders in 2017 and nine in 2018, eight of which were passengers². While these stats are negligible compared to the number of safe and successful rides, they bear thinking about.

Chauffeurs might be safer drivers too. Often, they’re professionals who have been driving for a long time, perhaps even decades in a particular city. This affords them a thorough knowledge of the city’s streets and suburbs, and the ability to collect you exactly where you requested, without getting lost, and arriving exactly on time.

Australia has been a shining example for dealing with COVID-19, but we aren’t in the clear yet. As the government tries to revitalise the economy by re-opening the country in the coming months, the virus could resurge unless we remain cautious. Taxis and rideshare services may be cheap and convenient, but with a chauffeur service, you can be confident that your trip will be cleaner, healthier, and safer.